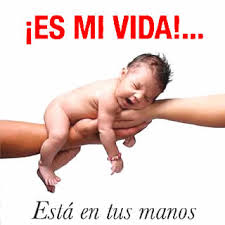 Abortion law: an ideal solution for (almost) everyone

1) with this new law I propose, will be the mother’s decision to abort or not, only in the case of rape, malformation of the baby or danger to the life of the mother (the 3 old assumptions), and perhaps also by the parents if the mother is below a minimum age (15 years?). Voluntarily, also in these cases, the mother could qualify for the plan proposed below.

(2) in all other cases of unwanted pregnancy, the legal solution will be to carry the pregnancy to term on the basis of a dation in adoption to a State agency created to the effect, which will be responsible of all costs inherent in the possession of the child, including compensation by way of salary the mother for 9 months of your work or personal life, but abortion will not be allowed.

Even a free residence for cases where there is social pressure as a reason for not wanting to have the child (for example that the mother do not want to know of her pregnancy) should be created.

In this way does not sacrifice (more you are saved and ensure) the life of the non-nato, and the 9 months of pregnancy seem to be an acceptable price for initiating the gestation of a human being, who not only has a right to be born and live, but no doubt it will give happiness to adoptive parents and whose birth will help the rejuvenation of the population and the future of the country.

(3) the State Agency shall manage the adoptions, choosing adoptive parents who meet the personal and economic conditions and giving preference to Spanish. With this law, may even take parents who currently lack the means sufficient to do so in third countries, by the expensive and slow process (often unsuccessful and no legal certainty).

(4) according to the incomes of the parents, shall compensate the Agency as minimum, for all (or the part that may) costs, of form that the cost to the taxpayer would be zero. Even so the cost to parents will be less than today spend many couples often failed, late or defective, adoption attempts carried out in third countries. Safe with this system in place, in Spain there are enough children to adopt.

(5) thus, the majority of adoptions would be newly born, healthy, and Spaniards (or children of immigrants resident), no culture shock, or after suffering (children and parents) trauma late adoption, or diseases, as in many of the current international adoptions.

In short, with a law, almost all would gain, see:

(A) babies they are born, they are not aborted. Mothers do not suffer the trauma of abortion.

(B) the adoptive parents win because they could take many more parents will be reduced now, waiting, children are infants and host since its inception, and at lower cost.

(C) the country gains population young and indigenous, at zero cost. Those born so will be people who will increase the growth of the country.

(D) then: one who loses? Only mothers biological, but only to a small extent, insofar as they are forced to spend 9 months of his life conditioned by the unwanted pregnancy (of which almost always are equally responsible by action or omission), but that can be offset at least economically as shown in this plan, and in my opinion is not an excessively high price to pay for so many benefits.

I understand that a law so not restricts significantly the mothers right to decide about your body: they decided to free (almost always) have relationships that caused the pregnancy. And again they may decide freely if they want to give the baby up for adoption or keep it in your family.

You may not decide is legally terminate the pregnancy (except the cases mentioned at the beginning) and thus void the right to be born of the non-nato. With that law also be zanjaría largely ideologico-cientifico debate when it begins life and the personal law of the non-nato, already this is protect from conception.