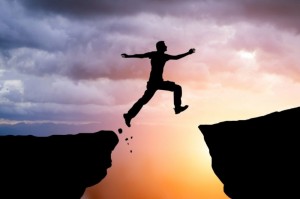 17-6-2004 I have subjected to surgery to repair an umbilical hernia. I decided to give my CD Prince of the sea to Dr. Nistál, and I was surprised to find a player and put my music in the operating room of Hospital San Francisco de Asis.

Due to these circumstances have been able to live a new experience, that the operation has been done with purely local anesthesia, the so-called complement of a “stunning” by the administration of a sedative through the venal, was almost non-existent and unnecessary, since my attention to the sound of my own music and the comments on it with the surgeon and his team of assistants (who ended up giving away other 2 or 3 copies of the CD)It allowed me to live awake throughout operation without too much pain or trauma.I could then have the additional satisfaction of the favorable comments about my music and the enjoyment that it has provided to hear way more quiet, both on the part of the physician for his wife – who is your nurse in the query.

A similar experience occurred to me a few months earlier, in a rather annoying scan – a scanner head, to determine the origin of the pain of the “non-existent” wheel, also called neuralgia (nerve) trigeminal, or Essentials (which, paradoxically means “whose origin, essentially nothing is known”).

Testing takes place within a narrow tube, which produces something of claustrophobia, and you must move – under penalty to invalides test. The unit is not very accomplished since it produces some sounds really annoying, sometimes almost hellish, as a drill of asphalt, “crushing” for 20 minutes your ears and your brain.

Knowing this in advance, I decided to use this wonder called human mind to imagine the sound of my CD, song after song, to cover the aforementioned space of time t almost without realizing it, end the ordeal successfully and without suffering. That wonder!