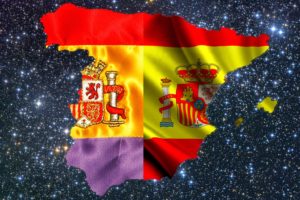 MONARCHICAL or Republican: I consider that I am not any of the two things by “dogma”, but in pure theory, it would be more Republican by my ideas. Yes I’m well above dogma, is a pragmatic, logical person and who likes to analyze things calmly, without passions.

REALLY, THERE IS AN IDEAL FORM OF GOVERNMENT?
Even the most perfect democracy is a dictatorship. Since her invention (Greece and Rome) the republics were not very perfect (not perfect children killed the Spartans, the Romans killed political adversaries… And the Pax romana was less peace…). In the best cases, the dictatorship of the majority. Worse still if it is not the proletariat (which is not the people, but a group of privileged called “the nomeclatura” – in the Soviet Union, or the Communist Party in China or Cuba). Or the ” establishment ” as in USA, or (most corrupt) politicians as in Spain… Power always corrupts, and nobody wants to quit… It is because of trying to choose the “lesser evil”. And in this election, they weigh many things. One of them is stability (to start from it change) and another is the most suitable time.

MONARCHY o democracy (Republic): there are many examples of parliamentary monarchies (in Europe: Sweden, Netherlands, Denmark, Norway, United Kingdom, Belgium, Luxembourg etc.) And in Asia Japan) which are the most advanced democracies in the world. And republics which are harmful dictatorships (Korea, Cuba, Venezuela and not to mention some of the recent arrivals of Arab spring, as Libya). Also there are upside down… That’s ridiculous Cayo Lara to match the monarchy to “not democracy”. The parliamentary monarchy is one of the best forms of democracy possible.

THE “right to decide” referendum: what ERC and Artur more favour to Catalonia, now extends to the Referendum on monarchy or Republic. But in both cases there is deception. First of all they should be decided by all concerned, not just which suit us.

And they must do it within the law, or in any case, propose the change in the law, using the channels established for this purpose (change the Constitution). An important detail: not all action, by the fact of not being violent, is “legal and democratic”: steal or swindle (as you have banks), is not violence, but it is a crime. Steal the Spaniards the right to decide on their country, and defrauding the Catalans on their “right to decide” and deceive them with “Spain steals”, it is not as serious as the killings of ETA, but remains a crime, and a great irresponsibility, that could lead us to a war (because the State cannot be left unpunished crime).

THE CONSTITUTION IS NOT VALID BECAUSE NO IS COMPLIES
This is another fallacious argument. Magnas letters contain wishes, often utopian, as for example “everyone has the right to decent work and to housing”. Okay so are desires that must try to fulfill or advance towards them. We must compare the Spain of 1978 with the today, with crisis and all, and note that it has made progress and much… The Constitution, and especially the media needs to be improved to achieve this progress (which does not clarify the Constitution: who pays for it?). But no one can say that “it has broken or breached the constitutional pact” and pretend that it is invalidated. It is ridiculous!